The best VPN in the United Kingdom

People in Britain have become more aware of data privacy since 2016 when the Investigatory Powers Act was passed. According to 2018 User Risk Report by Wombat Security, VPN is becoming widely recognized and used. Yet, the most recent 2020 User Risk Report shows that while some countries ‘take top marks with VPN usage’ (51% of the US respondents have at least one installed and 63% of those who have a VPN always use it), 32% in other countries don’t even know what a VPN is.
The United Kingdom is unique in many ways, yet there is a thing that brings it closer to the rest of the world – Investigatory Powers Act 2016, informally referred to as the Snoopers’ Charter. There are analogs of this act in many countries, take the example of the USA Patriot Act and the Yarovaya law in Russia. What do all these acts have in common? They lodge local intelligence agencies and police with broad surveillance powers, i.e. wiretapping, hacking phones and computers, and collecting personal data. Another thing that unites the three laws is that they were enacted as counter-terrorism ones.
For better or worse, IPA (an act, not a beer) remains in force, and if you want to defend your online privacy and anonymity living in the UK or elsewhere, a quality VPN will be your first line of defence.

4 reasons to use a UK VPN

Well, the word ‘encryption’ doesn’t surprise anyone. Each and every VPN provider trumpets data encryption as its main feature. But what does it mean, in essence?
‘Encryption is the process of encoding information’ — says Wikipedia. In other words, you take plaintext that is written in a human-readable format and scramble it, until it looks gibberish. You can’t just take and decrypt it back — only if you are an authorized party. 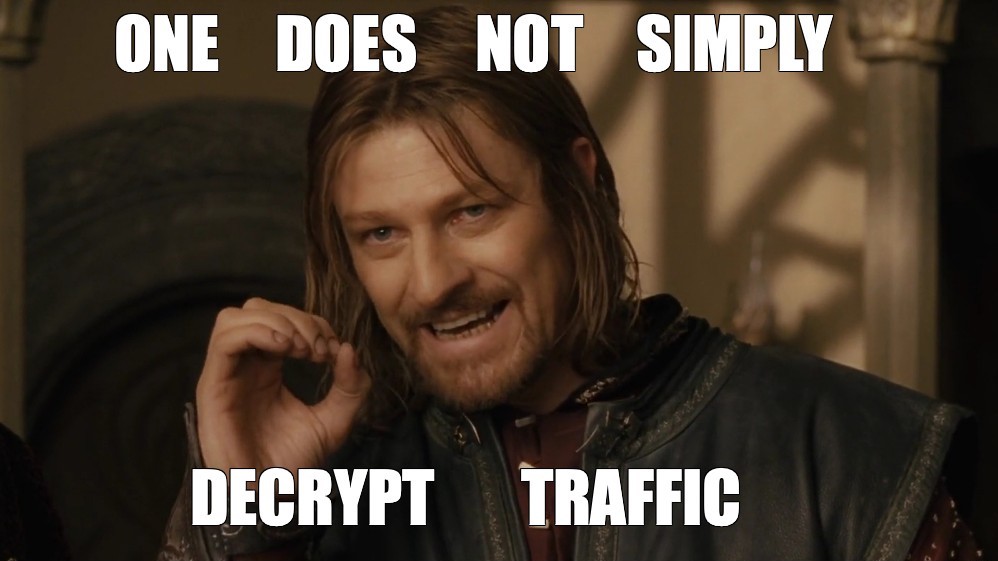 For instance, when you visit a website using HTTPS (= secure), sign in and save your password there, or even credit card details for future purchases, this sensitive data is transmitted over the net in an encrypted form of bits. Only your computer and the website you’re using can read it, and no one else can snoop your personal data.
‘Military-grade’ in the subheading stands for AES-256 encryption — the Advanced Encryption Standard with a 256-bit key size. Not to delve into cryptography, let’s just say that 128-bit encryption is already pretty secure and supported by many modern browsers, services and software. AdGuard VPN supports both AES-128 and AES-256 which makes our service hazard-free, and your personal data — perfectly protected.

VPN is sort of an invisibility cloak in a muggle world. Once enabled, it hides your real IP address safely when you browse the net. Instead, you're given another IP address to cover you that’s located on a remote server somewhere overseas.
Besides, you don’t have to worry that someone could detect your location when you are using the Internet because your traffic is routed to a remote network through a tunnel.

VPN might become your irreplaceable assistant when it comes to looking for the best deals online. It’s common knowledge that everything is calculated: the cost of a flight and health insurance value depend on income and social standing. Corporations track and analyse your activity online (what websites you visit, what products you can afford buying, etc.) and show you prices they find relevant. Using VPN makes it harder for businesses to put you in any category, therefore, you’re more likely to see not inflated prices but the real ones. Yet, it should be mentioned that VPN in only one of the measures that should be taken to stay invulnerable to business sharks:
use AdGuard ad blocker as well;
enable ‘Self-destructing third-party cookies’ in its settings;
don’t login to your Google account.

For some users, it might be a revelation that, while they are surfing the web carefree, ISP providers can get access to their sensitive information. What is the best way to fend them off? Right, use a VPN. However, not every VPN service will guarantee your safety – the majority of free VPNs don’t follow ‘no logging policies’, hence, they store users’ data and might theoretically leak it to third parties. AdGuard VPN follows a strict zero-logging policy and choosing our service you can be sure that your data will not be abused.
If there were a manual for staying safe online, it would probably start with this rule: ‘Never connect to a public Wi-Fi without a VPN’. No matter where you are, in a cafe, in a coffee shop, in an airport – using a public Wi-Fi unprotected is a taboo. Firstly, because your data becomes potentially available to far more people. Secondly, because the risks of downloading malware and viruses or of falling victim to fraud are greater. All’s fair in such circumstances: for an utmost protection, consider using an antimalware software and anonymity network or browser.

How to connect to a VPN England in 3 steps

Step 1. Go to adguard-vpn.com.
Step 2. Install AdGuard VPN for Chrome, Firefox, or Edge.
Step 3. Enable VPN in your browser and choose a server located in the United Kingdom.
Voila!

Step 1. Go to adguard-vpn.com.
Step 2. Install AdGuard VPN for Android or iOS.
Step 3. Click the Connect button and choose a server located in the United Kingdom.
Voila!
52 Locations Worldwide
From Americas to Australia, from Europe to Asia. 52 locations, with plans to add more soon. All to guarantee the best response times and maximize your convenience.