The best VPN in France 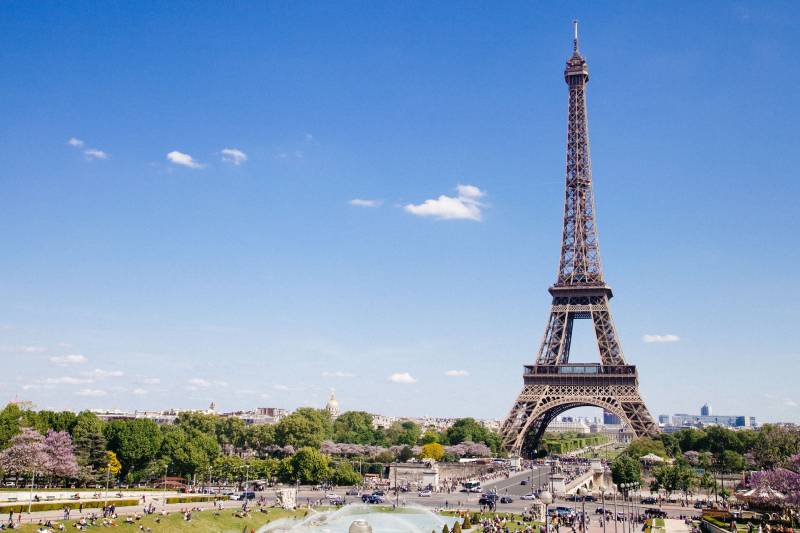 France, as you probably know, is a country where cybersecurity is taken very seriously. As one of the major players in the EU, France complies with the General Data Protection Regulation (GDPR). GDPR is a regulation in EU law on data protection and privacy, adopted in 2016 and applicable since the end of May 2018. The key objectives of the GDPR are to protect people affected by the processing of their personal data and to strengthen the accountability of companies that handle this data.
The emergence of GDPR was empowering, it gave people a chance to protect their personal data. But the downside is that the French bureaucratic administrative machine is not yet working properly, so sometimes it’s hard to resolve conflict situations fairly. It’s too easy to cross the line and hurt someone’s feelings.
The number of complaints significantly increased compared to the period without GDPR. For a bit of statistics: in 2018, more than 11,000 complaints were filed with the CNIL, an increase of 32% over the 7-month period when the GDPR was in force.
It seems that everyone is responsible for their own privacy. In this article, we’d like to raise awareness of this issue so that people could resist online threats — forewarned is forearmed. A VPN appears to be an ideal solution to protect Internet users. But before switching to its benefits, let’s figure out some essential points if you are about to use a French VPN server.

Is VPN legal in France?

French law does not prohibit VPNs. They are legal everywhere in the EU. Mostly VPNs are used by individuals to browse freely and without taking any risk. Companies also use them to secure their network connection when working remotely.
Governments understand the desire of Internet users to protect their privacy, personal data and avoid all forms of online tracking. If you stay within the law, no problem. Daily activities under VPN are not a matter of suspicion.
On the other hand, using a VPN (in France as everywhere) to engage in illegal activities is indeed a reprehensible act. For example, bypassing the French HADOPI law and watching or downloading copyrighted content using a VPN is punishable by law.

VPN and HADOPI — enemies or allies?

Nine years before GDPR another law on data protection was adopted. The appearance of the HADOPI law has scared many Internet users. In the public's mind, this authority can monitor and control all your online activity. But the reality is different.
HADOPI is primarily a copyright law, and its government agency can monitor French Internet users downloading certain torrents and get their IP addresses. Then the ISPs are asked to present the identity of the users to HADOPI to send them a warning.
While watching movies and series on streaming platforms is perfectly legal, some users prefer to use a VPN to ensure their anonymity even in this case and to get access to the full video library or library specific for a certain country, but more about this later.

Why using a French VPN is a good idea

Perhaps, the most accurate analogy of a VPN would be an invisibility cloak. On the Internet, your IP address can be used to identify you. Once enabled, VPN hides your real IP address so that you can surf the web in disguise. The mechanism is pretty simple: a VPN displays another IP address instead of yours, usually this address belongs to a remote server somewhere abroad. Moreover, no one will be able to detect your location because your traffic will be routed to a remote network through a tunnel.
But beware, France is one of the countries that fights against all forms of cyberbullying and cyberstalking, and there were numerous precedents when anonymous perpetrators were unmasked very quickly and quite publicly, as in the so-called Mila case. It may not be a commercial company that has to play the moral compass here, but we'd like to bring your attention to the fact that using a VPN in itself is legal, but not for inelegant practices, to put it mildly.

The majority of VPN service developers refer to data encryption as their key feature. Why has it become so important in the last few years? For the simple reason: more and more personal data such as credit card or medical insurance details are transmitted via the web or stored in cloud services. This data can be hacked and used for malicious purposes, thus, it needs to be protected.
Let's get back to encryption — basically, it's what makes your sensitive information (login, password, credit card number) unreadable for unauthorized parties. Normally, using a reliable VPN reduces the amount of information that can be viewed by your ISP and by websites where you send your data. Even the VPN should not have access to it. AdGuard is proud to announce its zero-logging policy — unlike many other services that store their users' data, leaving them vulnerable.
Now, what criteria indicates that encryption is reliable? Without diving into cryptography, let's just say that 128-bit encryption is already quite secure and supported by many modern browsers, services, and software. AdGuard VPN supports both AES-128 and the more advanced AES-256 encryption which protects your personal data, makes our service risk-free, and our VPN — the best in France.

Did you know that while you're surfing the web with no worries, your ISP can access your sensitive information at any moment? Using a VPN service can protect you to the fullest extent possible. However, not all VPN services guarantee your security — the majority of free VPNs do not follow the zero-logging policy. This means that they store users' data on their servers and can in theory transmit it to third parties. As stated above, AdGuard VPN follows a strict zero-logging policy and therefore by choosing our service you can be sure that your data will not be abused.
If we wrote a cyber security manual, it would probably start with this rule: "No connection to public Wi-Fi without a VPN, ever". No matter where you are, at the coffee shop, at the airport — using public Wi-Fi without protection is a bad idea. First, because your data becomes potentially accessible to a multitude of people, not all of them benevolent. Second, because the risks of becoming a victim of fraud or downloading malware, ransomware, or viruses are greater.
How to minimise your vulnerability to such online threats? Best practices are using antivirus software, anonymous network and/or browser. And if you add to it following these digital hygiene tips, you'll be splendid and invincible.

With a French VPN, you'll gain access to all types of streaming content, from French versions of services like Netflix, Hulu, Amazon Prime, Disney+ and others, to your favorite sports shows. Coming back to the questions of legality, it should be noted that all this is allowed and legal if you are subscribed to these services and want to access the programs of your regional choice while being at that moment outside your usual geographical area.
And then, a VPN could become your indispensable assistant when it comes to searching for the best deals online. It is well known that the price of a flight and the value of medical insurance depend on the income and social status of the person doing the research. Companies track and analyze your online activity (websites you visit, products you buy, etc.) and offer you prices they deem appropriate for you. By using a VPN, you make the process of ranking your "value" difficult for companies. As a result, it's more likely that you'll see not changed prices but the real, unaffected ones. However, it is worth mentioning that VPN is only one of the measures you can take to save yourself from being taken advantage of:
1) Use AdGuard ad-blocking software;
2) Enable the option 'Automatically delete third-party cookies' in the settings;
3) Don't log in to your Google account.

How to connect to a VPN in France in 3 steps

Step 1. Go to adguard-vpn.com.
Step 2. Install AdGuard VPN Browser extension or AdGuard VPN for Mac or Windows.
Step 3. Log in to your AdGuard account, click the Connect button and choose a server located in France.
And voila, your IP address is changed!

Step 1. Go to adguard-vpn.com.
Step 2. Install AdGuard VPN for iOS or Android.
Step 3. Log in to your AdGuard account, tap the Connect button and choose a server located in France.
That's it!
52 Locations Worldwide
From Americas to Australia, from Europe to Asia. 52 locations, with plans to add more soon. All to guarantee the best response times and maximize your convenience.