As you may notice, only websites can be added to the Exclusions section. To adjust AdGuard VPN for apps you need to use another feature. Our desktop apps have the Split tunneling module and the app for Android has Apps settings — these settings allow you to decide in which apps AdGuard VPN should run.

But, as it often happens, due to a number of technical nuances, it is impossible to implement such a useful function for iOS, at least for now. Therefore, we offer you an alternative way to automate AdGuard VPN for apps on iPhones and iPads.

If you need a VPN for one or more apps, set up AdGuard VPN to automatically turn on and off when you open and close them. Go to the Exclusions tab, select General mode and follow the instructions. Here we describe how to create automation for Twitter, but you can choose any other app. 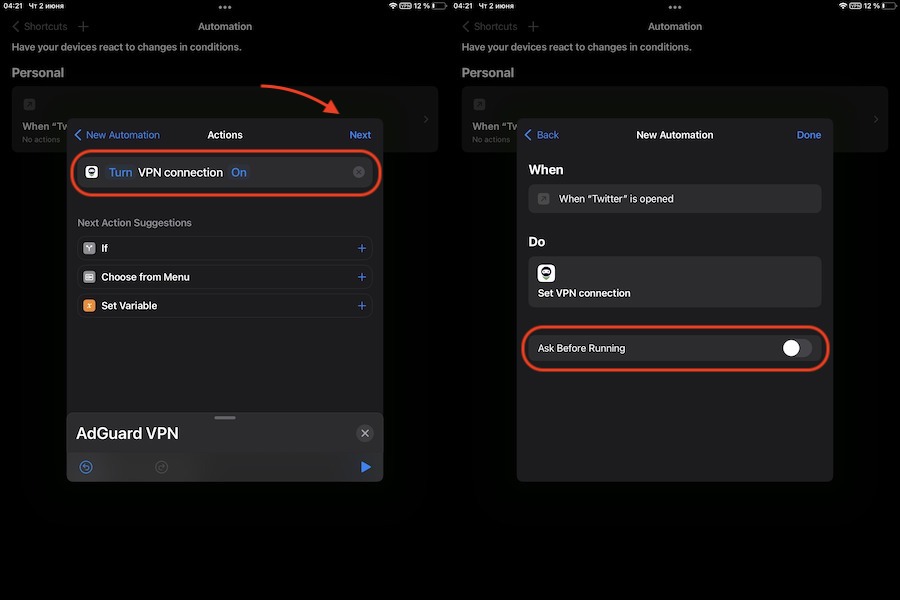 Done! AdGuard VPN will now be enabled on your device every time you open the Twitter app, and disabled when you close it. You can repeat the same steps for any other app.