When getting ready to commit to a long-term VPN subscription, users most frequently evaluate its speed, security, and price. Those are very important points but there is so much more! AdGuard VPN has a dozen of key assets that make it 'the better option'.

To start with, let’s go over AdGuard VPN’s unmatched features that you won’t find in any other VPN.

From the very outset, we resolved to develop and deploy an in-house VPN protocol instead of picking a canned solution — that’d be too easy, plus, we weren’t satisfied with existing protocols. The result has become the AdGuard VPN protocol.

Choosing a VPN service, people often face a trade-off between fast vs. safe. The AdGuard VPN protocol is a perfect blend of speed and security, so you don’t have to bear slow internet connection or make privacy sacrifices. Among other things, it disguises itself as regular traffic and it’s much harder to detect and block it.

The Exclusions lists allow you to select sites for which the VPN should be enabled and for which — disabled. There are two operation modes in AdGuard VPN: General and Selective. In General mode, VPN works everywhere except websites added to exclusions. And vice versa, in Selective mode, VPN works nowhere but on websites added to exclusions. You can also easily import/export exlcusions lists. Read about this feature in Features overview for the product you are interested in. 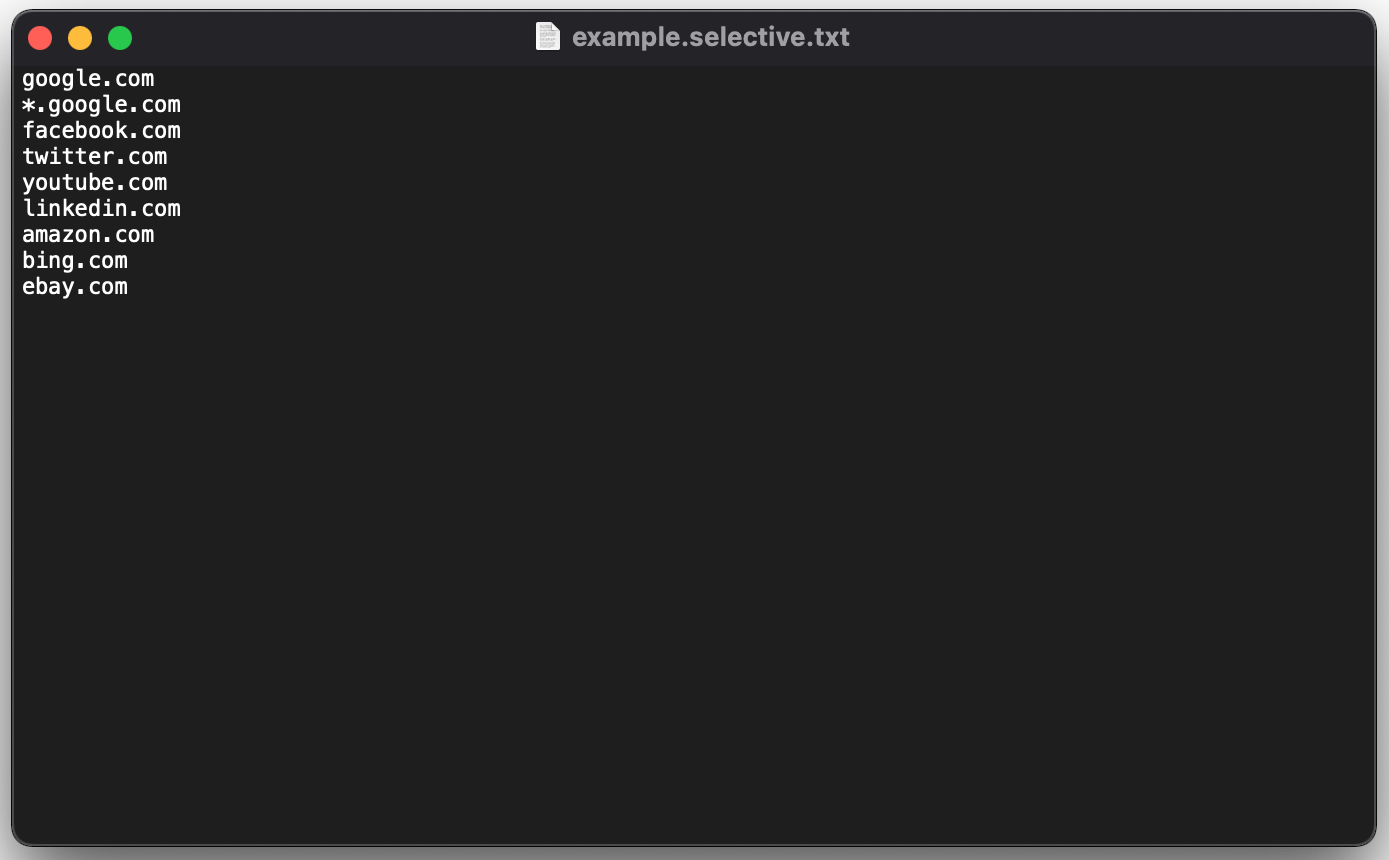 You can add websites to exclusions manually or choose them among the lists of popular services. The lists are divided into eight categories: Social networks, Messengers, Video and Music streaming services, Games, Shopping, Search engines, and Work communication tools.

This feature is available on all platforms except iOS.

No more relying on the DNS server provided by your ISP by default! First, it’s not safe: your ISP most likely has access to your browsing history. Second, People often underestimate DNS, yet it can remove ads and trackers, protect your device from malware or, for instance, enable safe search and block adult content.

You can choose DNS servers from known DNS providers such as AdGuard, Cisco, Cloudflare, Google, or Quad9, or even configure to use your own DNS server.

Another feature that makes AdGuard VPN stand out from the crowd is that you can select a location based on its ping. In a nutshell, ping is the time it takes the data packet sent from your computer to reach the server and return. When in doubt, use a rule of thumb: the lower the ping, the closer the server, the higher its speed. We are constantly expanding the number of locations so that you can choose from a variety.

Note that to access all VPN server locations, you need to purchase an AdGuard VPN subscription.

With desktop apps and browser extensions this goes without saying — there’s rarely any conflicts between apps, save for antiviruses and other similarly oriented software.

With mobile devices, on the other hand, it’s not that simple. In the vast majority of cases, two VPN-based apps will not work together, just because certain OS-induced limitations exist that prevent that from happening, both on Android and iOS.

However, we managed to find a solution to befriend AdGuard VPN and AdGuard Ad Blocker. When you have both AdGuard apps installed on one device simultaneously, they will automatically become compatible without any input required from you. This is a unique opportunity to take advantage of two sets of features, which you would normally have to choose between.

QUIC is a cutting-edge protocol that has many perks. The main advantage is it can improve connection quality in non-ideal conditions – for example, on mobile devices or when connecting to public Wi-Fi. Although the new protocol won’t affect speed when the connection is fine and stable, it will definitely make the situation better for users with slow internet.

Now let’s switch to the item set that any decent VPN can't do without.

Kill Switch is essential if you, for instance, often use a mobile network or connect to public Wi-Fi networks in malls, cafes, on the subway or at the airport. For the simple reason — if VPN will suddenly drop and the connection will become insecure, chances are that your sensitive information will be exposed to fraudsters or cyber criminals.

If for some reason your VPN connection is interrupted, Kill Switch will automatically disconnect the internet connection, keeping attackers away from seizing your information. With Kill Switch, rest assured that you are in safe hands. If you’re concerned about privacy or at least value your personal data, don’t overlook this bulletproof method.

This feature resembles the exclusions lists mentioned above. The only difference is that here you can exclude apps instead of websites.

This feature has been developed specifically for unsecured networks. For the convenience of users, we made it impossible to forget to enable VPN when visiting public places. Should you pop into a coffee shop and connect to a local Wi-Fi network, you’ll be automatically connected to AdGuard VPN.

10. Up to five connected devices at a time​

AdGuard VPN offers five simultaneous connections to its paid users. We place special emphasis on the word simultaneous, and here is why. Some VPN providers only allow to log in to their service on five devices max. With AdGuard VPN, there’s no limit to the number of devices that can be logged in to your account, but you can have five VPN connections enabled at the same time. Those who don’t have a subscription can use AdGuard VPN on two devices, which gives us another trump card to play against competitors — most of the VPN services only have one device in their free versions.

Streaming services don't like VPNs for obvious reasons: according to statistics, about 20% of users install a VPN mainly to watch shows, TV shows and movies bypassing geo-blocking. That's why streaming platforms tend to do everything they can to track VPN traffic and block it.

But what if you want to feel safe while watch content specific to your region? Or don't want stop watchig exciting series even when you travel to another country? The answer is simple — AdGuard VPN, which thanks to its unique protocol can remain invisible to services.

We don't endorse the use of AdGuard VPN to bypass copyright regulations. 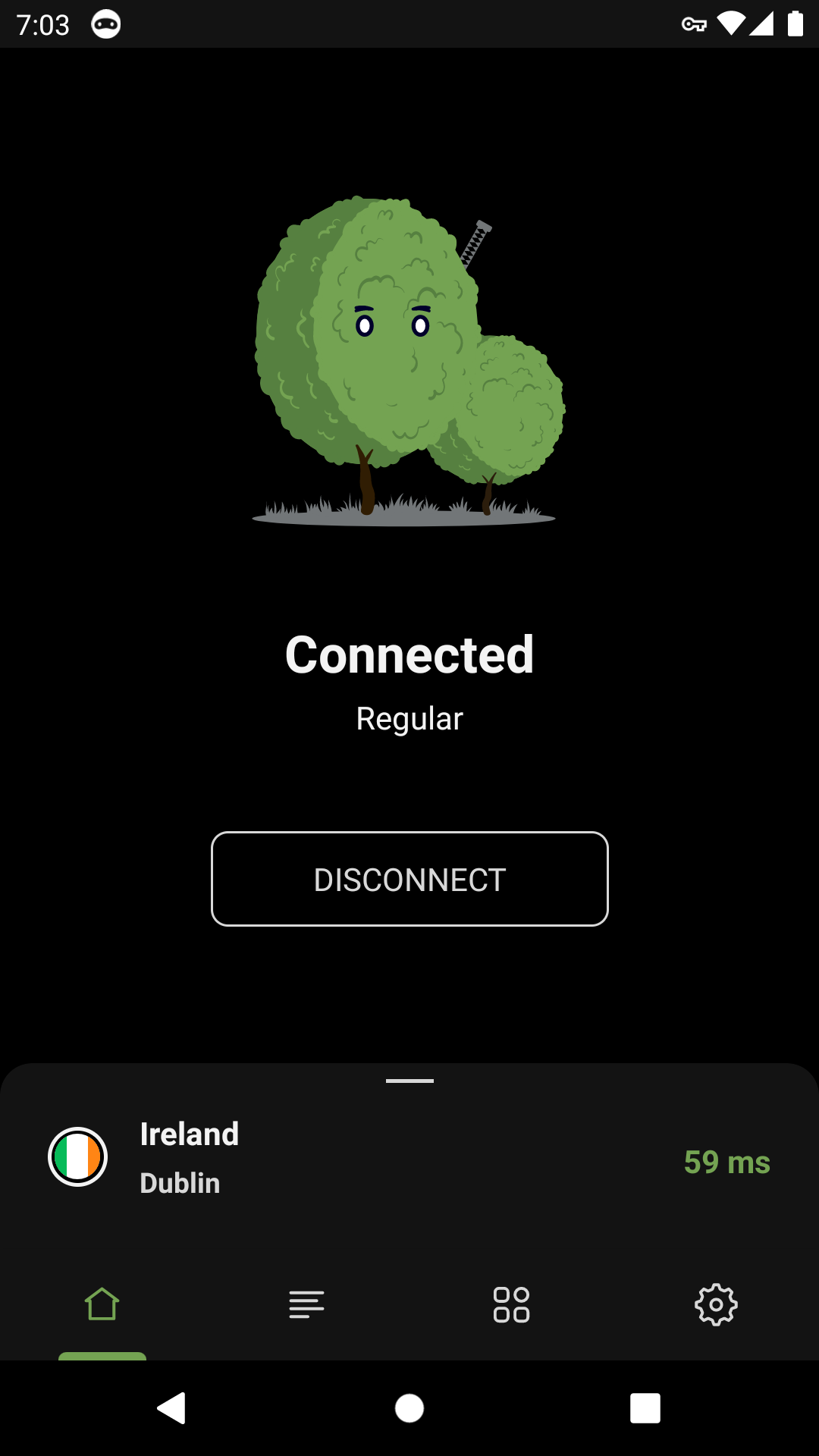 This little feature deserves special mention. In fact, many users crave for dark mode, so we couldn’t ignore it and added a theme switch for all AdGuard VPN products. Choose the one you like more — light, dark, or system. Hope you’ll join the dark side.